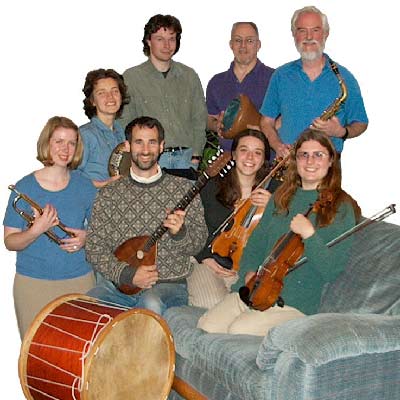 The critics rave Balladina has ceased to exist. Perhaps some history of the band and photos will appear here eventually.

Here are some links to other sites with related topics that might interest you:

Mike Gordon of the band Balkanarama has put together collections of annotated links on the folk music and culture of Bulgaria, of Macedonia, and of the Roma (Gypsies).

"Bulgari", a great band from Bulgaria: a page about their U.S. tours.

Balladina has played almost every year since 1990 at the Northwest Folklife Festival in Seattle. It's a great place to spend the Memorial Day weekend!